South Beach is bit like Las Vegas. Both have lots of alcohol-fueled partying with young men and women celebrating their youth while destroying their livers, live music and the obligatory minute millionaires driving their rent by the hour Lamborghini for everyone to notice.  But South Beach is so much more than what you first notice. Take a longer look and you see and appreciate the diverse culture reflected in the eclectic food and music. There is a deep pride and respect for the past, instead of tearing down buildings, the Art Deco buildings are restored and the past is celebrated.

We chose to stay in a boutique hotel on Collins Avenue, right in the middle of South Beach. The Kimpton Beachcomber Hotel, a small three story boutique hotel. What is a boutique hotel you may ask? Most often they are small and have unique amenities. The lobby was unique and eclectic with live edge wood sculptures, bookcases, sofas and comfy chairs and lots of interesting art. This is not a homogenized hotel! As we are checking in we are offered wine at the complimentary happy hour. The hotel personnel are both friendly and genuinely helpful. The room is small yet beautiful. The beach is located behind the hotel pool area. The back area includes a bar, towel service and a variety of yard games, rocking chairs and sculptures of cows. I did say this place was eclectic.

The Kimpton offers seats on the beautiful sandy beach, as well as bar service. The bites and drinks were not exorbitantly priced, and who doesn’t enjoy a picnic lunch in the sand? There are several miles of beautifully manicured walking and biking paths just before the beach. We took advantage of the hotel’s free bike rentals and rode up and down the paths early one morning. 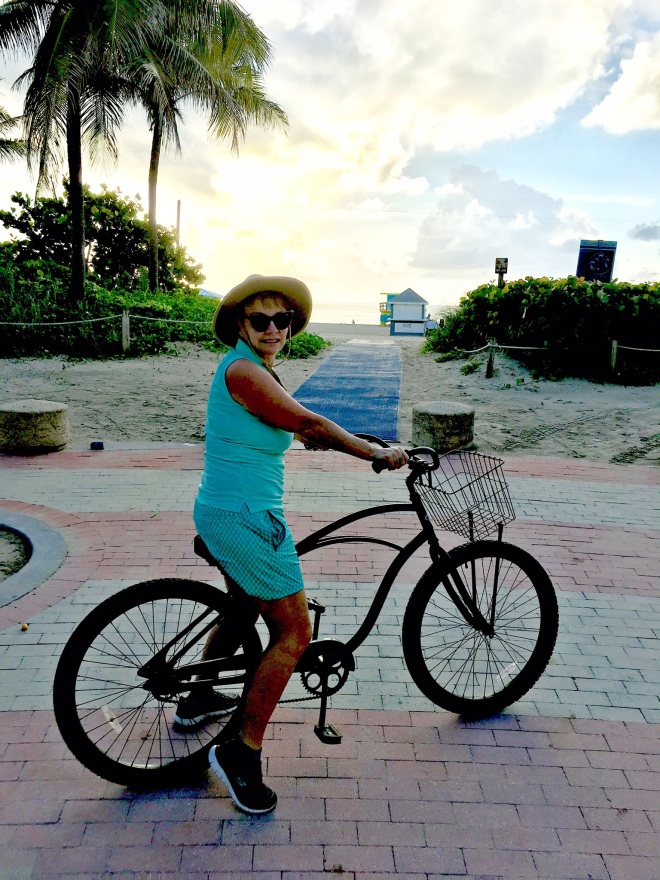 In South Beach you must try the diverse food offered. We were given the recommendation by a waitress to try a Peruvian restaurant called CHALAN ON THE BEACH. The uber fresh seafood was lightly seasoned and plentiful. We shared a sea bass ceviche which was nothing short of spectacular. The patrons were mostly locals ordering house specialities. We also enjoyed a seafood dish with rice, seasoned with Peruvian spices that seemed to sweeten the fish and rice.

When in South Beach trying some authentic Cuban food is mandatory. We visited HAVANA 1957 and ordered the daily specials of Cuban meatballs and rice. The dish was also served with soft, sweet plantain slices. The prices were very reasonable, except for the mojitos. At $15 and up they seemed pricy for lunch. No worries, we came back a couple of hours later and enjoyed delicious half priced mojitos at the bar inside 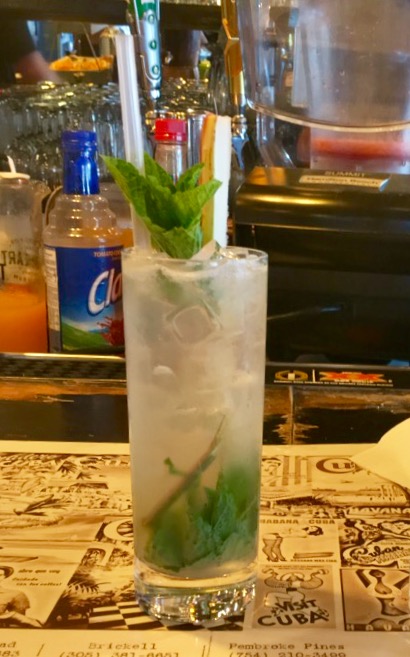 We also had chicken, lamb and steak kabobs as well as incredibly delicious deeply roasted Brussels sprouts at CLEO a Middle Eastern place. The bar was ornate and the restaurant was a cool respite from the Miami afternoon heat.

On our final night in Miami our hotel had a pig roast (but from the looks of the poor fellow I think he was deep fried). For only eight dollars we each enjoyed pork tacos, homemade tortillas, rice and beans. The beer was local and cold and soon the Latin band was playing music and everyone was dancing to the beat as the ocean breeze blew. 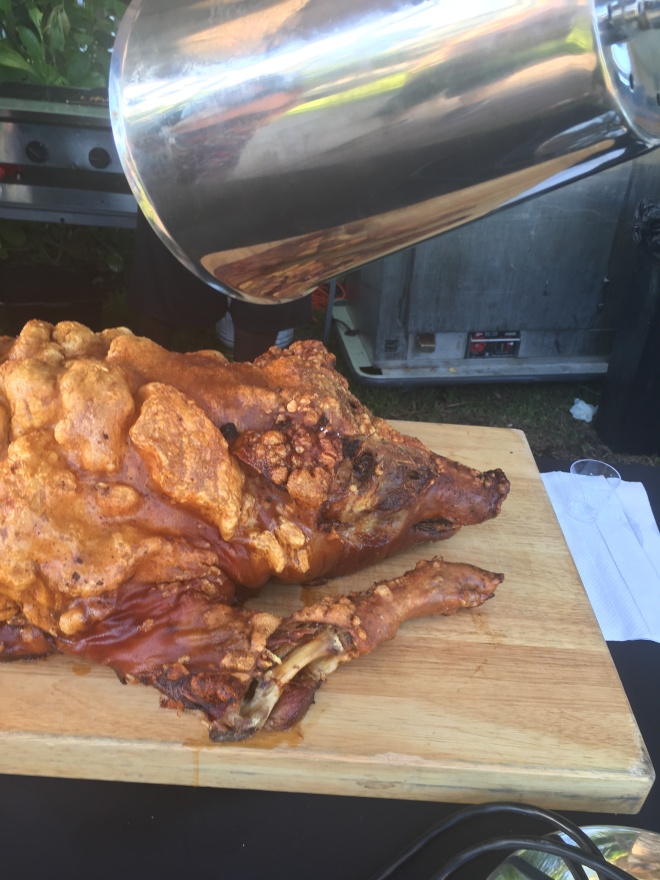 Jackie Gleason had a show many years ago that I watched as a child. He used to say how beautiful Miami Beach was as he began each show with the words “How sweet it is!”